Savage Accountants is a firm run by Oliver and Julia Savage.

In early 2015, Julia decided to set up her own tax practice ‘Julia Savage Tax Accountant Limited’ and has enjoyed building up an interesting base of clients from around the UK.

In 2016 the practice became Savage Accountants, when Oliver became a fellow director. 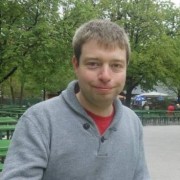 Oliver Savage qualified as a member of the Institute of Chartered Accountants in England and Wales in 2005 with first time exam passes.  He obtained his practising certificate in 2016 when setting up Savage Accountants.

Oliver trained as an accountant in the accounts and audit team of a medium sized firm of accountants in East London between 2002 and 2005.  He then spent a couple of years in the audit team of a top twenty firm before moving ‘in-house’ to the daily reporting team of the world’s largest hedge fund, a FTSE top 250 firm.

In 2010 Oliver left the city to set up his own business, along with a friend from University.  By 2016, Oliver and his business partner had transformed an idea they had about selling printer toner, into a growing successful business with turnover of £1,000,000 with several members of staff.

Oliver has set his own business up from nothing and has invaluable experience.  Not only is he professionally qualified, but he has hands on experience of developing and growing a business.  He thrives on working with business owners and entrepreneurs and passing on the skills and knowledge he has gleamed over the years.

Julia Savage is a member of the Association of Taxation Technicians (2004) and a Chartered Tax Advisor (2006).  Having qualified as a CTA in the mixed tax department of a medium sized firm of accountants in East London between 2003 and 2006, she then moved into the private client team of a ‘top twenty’ firm of accountants for a couple of years.

Julia then spent seven years between 2008 and 2015 working as a tax consultant, in the private client tax team of a well-respected firm of accountants, who are known for specialising in the tax affairs of high net worth individuals, often with an overseas element.

Whilst working at this firm, Julia gained an invaluable wealth of experience and knowledge in all aspects of personal tax and providing a bespoke professional service to clients.

In early 2015, Julia decided to set up her own tax practice ‘Julia Savage Tax Accountant Limited’ and has enjoyed building up an interesting base of clients from around the UK.

What others say about us

Outstanding friendly knows all you need to know about accounts done my self assessment with no problems at all. I would recommend Julia to any one who needs help with their accounts whether it be a big company right through to a single individual. thank-you Julia

Thank-you so much for helping me with my tax problem.You were able to explain and talk me through the paper work in a clear and understandable way.would thoroughly recommend you .many thanks

Julia has been supporting the tax reporting needs of myself and my son for the last year. I have found her to be very supportive and helpful, for example she has always been happy to explain terms that were new to me and my business in the layman terms that I could understand.  Julia helped us complete our self assessments and return them to HMRC efficiently and has also helped me to set up my recording systems for next year in order to make tax as stress free as possible.  I am very happy to recommend her to anyone who needs personal or business tax support.

As someone who knows nothing about how the tax system works and was worried about making a mistake filing my own return it was a great decision to go to Julia for help. She is efficient, helpful and very friendly – she certainly takes the terror out of tax returns! Highly recommended!